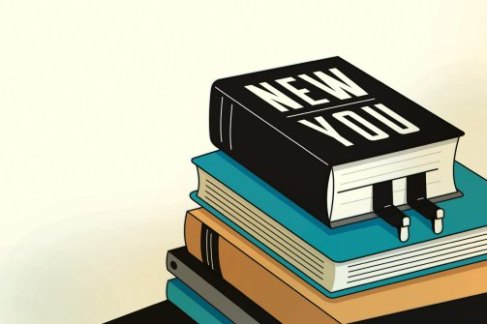 Thanks to my friend Ben Seaman, I started exploring the prolific writing of Oliver Burkeman and came upon his column for Newsweek/The Daily Beast on failed New Year’s resolutions, which has some smart things to say. One passage stood out for me:

[A]s the Buddhist-influenced Japanese psychologist Shoma Morita liked to point out, it’s perfectly possible to do what you know needs doing—to propel yourself to the gym, to open the laptop to work, to reach for the kale instead of the doughnuts—without “feeling motivated” to do it. People “think that they should always like what they do and that their lives should be trouble-free,” Morita wrote. “Consequently, their mental energy is wasted by their impossible attempts to avoid feelings of displeasure or boredom.” Morita advised his readers and patients to “give up” on themselves—to “begin taking action now, while being neurotic or imperfect or a procrastinator or unhealthy or lazy or any other label by which you inaccurately describe yourself.”

The column also talks about the alluring fantasy of creating change by “making a fresh start,” throwing everything out and building a new structure from scratch — a task so daunting that it’s rarely successful. I tend to subscribe to the ideas laid out by Arnold Beisser in his essay “The Paradoxical Theory of Change,” one of the pillars of contemporary gestalt therapy. Beisser’s perception is that we don’t change by willing ourselves to do something different but by examining carefully what it is we are actually doing right now, which paradoxically arms us with more information and more options that we often skip when we’re trying to motivate ourselves by envisioning that “fresh start.”